Even as a son, I would suggest to everyone that it’s worth researching your family. If only for the fact of how much you will learn that you didn’t know and it is the same with me as I went over videos and other articles regarding my father, the professional golfing legend, Billy Casper. I think the golfing world already knows the accomplishments of Billy Casper, but I’ll put a few in here as a refresher. Billy Casper was a prolific winner on the PGA tour during the late 1950’s, 1960’s and 1970’s and then on the Senior PGA tour during the 1980’s and 1990’s.

That’s 5 decades of winning golf tournaments in the US and all over the world. He won three majors on the regular PGA tour and two majors on the senior PGA tour. He was the leading money winner on the PGA Tour at different times in his career, and won over 70 golf events around the world. He played in 8 consecutive Ryder Cup events and was the US Ryder Cup Captain in 1979. To this day he has the best Ryder Cup record in US golf history. He was also honored in many Hall of Fames worldwide, including the World Hall of Fame and the Golf Hall of Fame. On top of all of these work related accomplishments, I can tell you first hand that he was a wonderful friend to many, he was admired by his fellow professionals, he was a great husband, a great man and he was a great dad. You would think as the son of a golfing legend that my first memory would be of golf, but it’s not.

My first memory with my dad is fishing and fishing was something that we would do as a family especially the boys throughout the course of our life. As a youngster, I knew that my dad traveled and played golf but it wasn’t until I was a late teen that I realized how great my dad was in his career. This is mainly because I had gotten in a little bit of trouble and my parents being the wonderfully “old school” people they are, decided that I needed to be put to work. So at the age of 16 I started traveling with my father (and mother at times) and became a caddy on the senior PGA tour for him.

I could write 100 different stories about that experience but I’ll leave that for another article or book in the future. What I will say is that it tested the relationship that my dad and I had. I definitely would not say it was a bad relationship during those times, because we had a lot of fun through out those 3 years. But, I will say that it was a challenging time for both of us. Not surprising, when you combine a frustrated father with a headstrong and stubborn 16-year-old son. After the years of caddying on the tour, going to college and getting on with life, I had made the decision to make Golf my career as well. I worked as a golf club rep on the tour for a short time and then took a job as the international player liaison for the international golf tour and international PGA in the late 90’s. This also coincided with me getting married, to a Scottish girl and then moving to Scotland and living there for over a decade.

During this time, I enjoyed playing in various professional events but back then I wasn’t very good so I reverted back to what I loved to do and that was teaching Golf. I was fortunate enough to get hired by Heritage Golf of St. Andrews as their Club-fitter and teacher and it was here when my father came over to speak at the 2005 open championship in St Andrews that our relationship changed to a whole different level. It went from not just father and son but of two people in the golf business. Six years later my father Billy Casper and I would join forces in golf again like we did when I was a teenager, but this time it was to start the first Billy Casper Golf Academy. What a sweet moment for a son whose father was always his hero, to be able to work side-by-side educating and helping people with their golf skills and experiences. I often say that if the good Lord would’ve decided to take me right then and there that I would’ve been happy having accomplished a huge goal in my life of gaining the respect of my father and to work side-by-side with him to teach others this great game. During the time that we worked together and taught golf and did public appearances together as my father did book signings on his biography of the big three and me. I got to see a different side of Billy Casper. An example of this would be when we did A book signing in northern Utah and we were hired to go for no more than three hours and yet six hours later we were still there as my father interacted and signed books with the golfers playing in the event.

Billy Casper had a heart of gold when it came to giving back to his fellow man and almost on a daily basis I hear stories, get phone calls and emails from people whose life he touched. I believed for a long time that my father had just softened up as he got older, but a few years ago a golf professional friend of mine (Horace Brown) told me a story that happened to him at the San Diego open in 1971. Horace was an eightyear-old African-American Golf nut then and went to the tournament to watch his hero’s play golf and came across my dad on his way to the first tee. As he was walking, my dad ( Billy Casper ) looked over at him and walked alongside, put his arm around him and said, “hey kid you look like you need a hotdog, come on” and he bought him a hot dog. It was a simple gesture, but one that has stayed with Horace his entire life and has stayed with me as a good example of the fact that my father didn’t soften up with age, he always had a heart of gold mixed with a fierce competitive spirit.

As a son and a professional golfer it still blows my mind completely how much my father accomplished in the golf world but that pales in comparison to what he accomplished off of the golf course. We don’t hear a lot of stories in today’s world of people that come from nothing and rise to the heights that Billy Casper (Dad). But for me it’s more than that. It’s the fact that he did all that he did in the world of golf and yet still was an amazing father who always had time for his children, his wife and his many friends. It’s the fact that with all of his accolades, tournament wins and his status he never changed or let it go to his head. Billy Casper, not just my dad and not just a legendary professional golfer. Billy Casper was a great man in every respect, a dedicated father, a faithful man and a golfing hero to many. 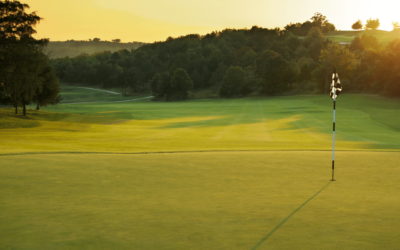 The importance of knowing your distance with all of your clubs seems self explanatory, or is it? As a teaching professional over the last 20 years I am still surprised with the number of students who only vaguely know how far they hit their clubs. It seems simple...

END_OF_DOCUMENT_TOKEN_TO_BE_REPLACED 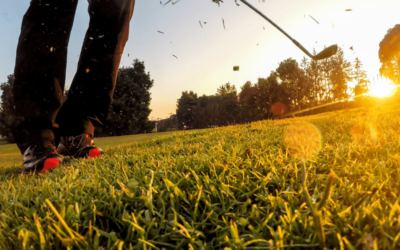 Lately I’ve been asked a lot of questions about why I carry 4 wedges in my bag. This months article is going to be a basic explanation of wedges and talking about something that I know a lot about from my father, Billy Casper and that is play around the greens. As...

END_OF_DOCUMENT_TOKEN_TO_BE_REPLACED 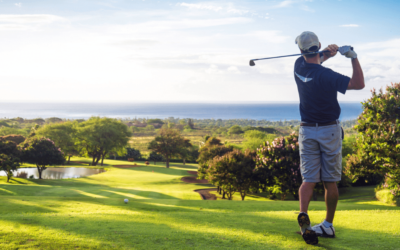 Visualization on the course. Create your own pre shot routine that includes visualizing the shot you want to hit. Visualization is one of the routines that good players do on the course that sets them apart from amateurs. As a teaching Golf Professional one of the...